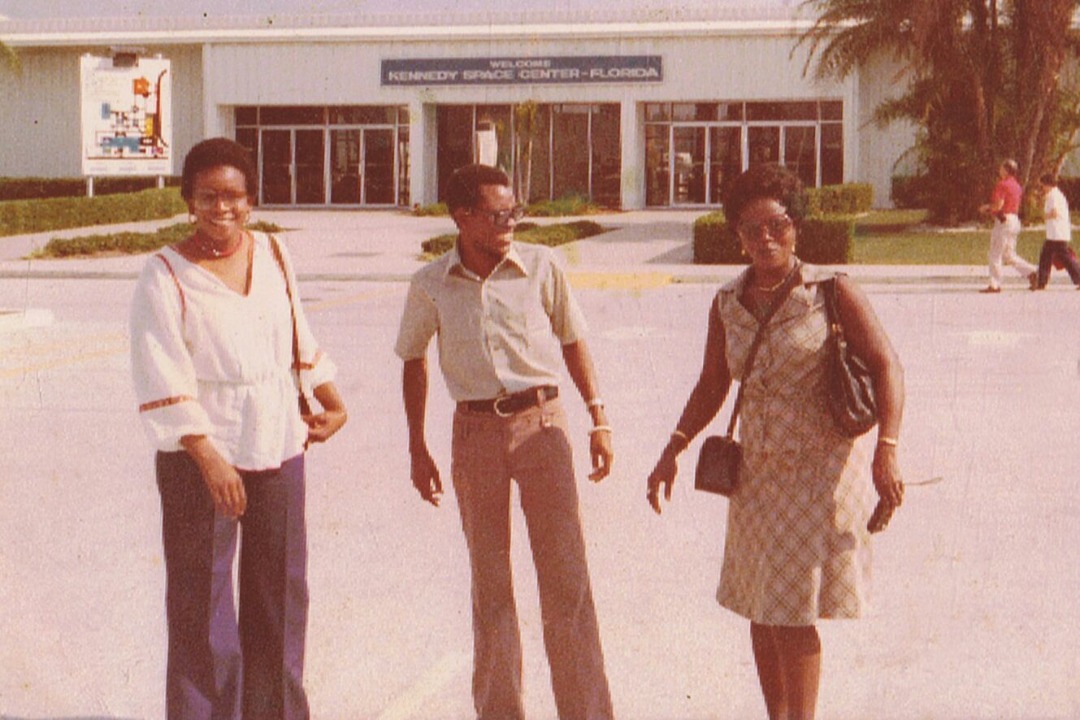 This is a picture of Mwenya’s father Dr. MC Mwamba with two of his friends at Kennedy Space Center in 1977.

Mwenya’s passion for having a career in space science started when she was young. In her third grade, she reminisces her father picking her up from her school to watch a NASA documentary, or a space shuttle leaving for its voyage in space. He told her stories of his tour of the Kennedy Space Center in Florida back in the late ’70s when he went to the United States for his research as a veterinary doctor.

The detailed explanation of how a space shuttle looked from within, made her think he was a NASA astronaut himself. And the thrill that the three Zambians he found working for the space center got upon seeing his name and realizing that he was a fellow Zambian. How was a 29-year-old man was interested in such a diverse field of science and technology that was just beginning to take center stage in the 20th Century?

And there, she fell in love with aeronautics; science, and technology. He made her dream, not to be content with so little but to reach out for something big.

“Unless you try to do something beyond what you have already mastered you will never grow.” – Ralph Waldo Emerson.