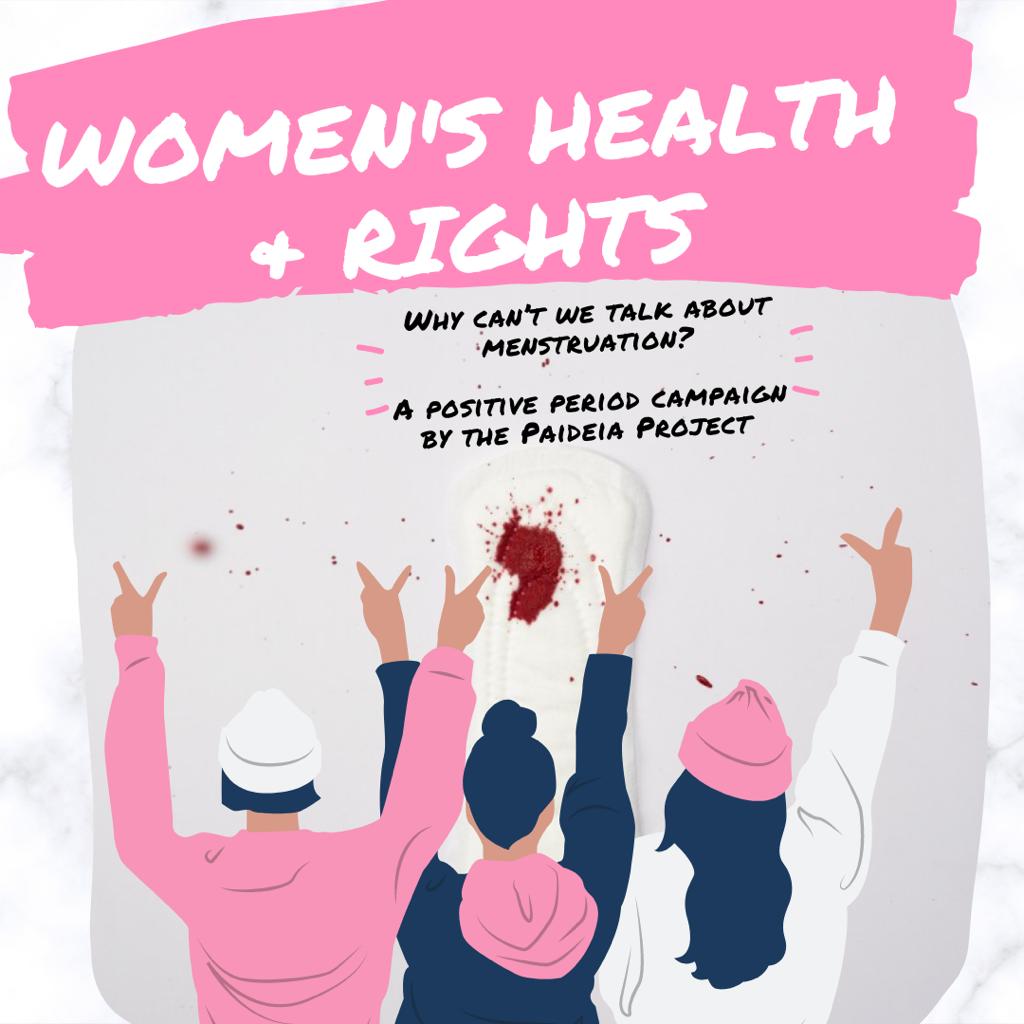 The word MENSTRUATION is an avoided term that is often substituted for words such as Aunty Flo/Flow, Time of the month, Moon time, Red Wedding, Girl flu, and many more euphemisms that allow people to hide from the “discomfort” that the subject brings. These terms reinforce the stigma, myths, and taboos surrounding it and are a tool used for marginalization. Like many women, I did fall subject to being ashamed of my biological process that is both normal and natural.

I remember getting my menstrual period in ninth grade, it was during my transition into senior high. When I first got it, I hid this from my parents and sisters, and because I did so, I could not request for menstrual products to be purchased for me. It meant that I had to improvise. It might sound easy coming from a family of girls whose drawers I could easily open to get some when I was in need, but this was not always the case as I found myself having to make reusable sanitary pads from the absorbent material that I found lying around the house.

Why did I hide this from my family?
I recall when my sister started menstruating, some strange women came home with my mother. As they got closer, I spotted some familiar faces from our church. When they walked into our house, they did not talk much but requested for the word to call her, and the bedroom door was shut right behind them. Their faces wore this unhappy and solemn look that I could barely fathom and that left me curious.

To find out what was going on, I pretended I needed something from our room, but I was turned back, and they proceeded to speak in low tones. Fortunately, this irritability of keeping something so mysterious from me and my curiosity to know what was going on behind those closed doors did allow me to know what had happened, “my sister had started menstruating!” Mainly, the conversations I heard from the bedroom were regarding this to be taboo by touching on the common myths surrounding them accompanied by what was expected of my sister as she had reached her reproductive age.

I wondered how my sister felt being told that her world had completely changed by this involuntary action the female body perpetuates every single month. To that effect, I made the decision that I was not going to stand for it when my time came, even if keeping this a secret was one way to avoid being subject to these ridiculous societal and cultural norms and obligations.

Unfortunately, this did not last for long as one of my sisters reported a bloodstain she saw on my underwear to my mother. One morning, I was ambushed by “these women,” and I hated every second of that “period talk.” Even with my rebellious nature, there is something that it did to me. It created scenarios of fear in my mind that made me conceal anything to do with my menstruation, unfortunately, I carried it with me throughout my senior high and thereafter.

It was only through researching about the biology of menstruation, and reproductive health, reading feminist manifestos, and being part of conversations with other women to positively talk about periods, good or bad, because even when they are a pain in the uterus, sharing and understanding our own and other bodies is what allowed me to break out of my shell, hence disregarding everything society had told me about them.

I was lucky enough to have access to; menstrual products even when I hid them from the rest of the world, resources to health facilities the few times I was faced with an abnormal flow, bad cramps, and an infection. Unfortunately, the majority of young girls and women go through quite the opposite of my “lucky experiences,” and society and the stigma it places on menstruators only marginalizes us further from reproductive health services cordial for the existence of our species.

What would I have done differently?
I wish the talk they gave me was both empowering and educational and not a tool used to suppress the power I possess as a woman. Sadly even the “happy jokes” these strange women cracked were used to reinforce the stigma, myths, and taboos surrounding menstruation. I would have loved it if the room was filled with familiar faces. I believe my liberal family would have done a better job by creating a positive and comfortable environment for me. We need to do better for the younger generation by including all genders because whether you menstruate or not, everybody had a room that was a womb and oppression is intersectional. Honestly, there is so much to do, and it begins with us.

Closing with the words by Jen Gunter, the era of menstrual taboos is over! The only curse here is the ability to convince half the population that the very biological machinery that perpetuates the species, that gives everything that we have is somehow dirty or toxic. I am not going to stand for it, and the way to break that curse is knowledge. It should not be an act of feminism to know how your body works.